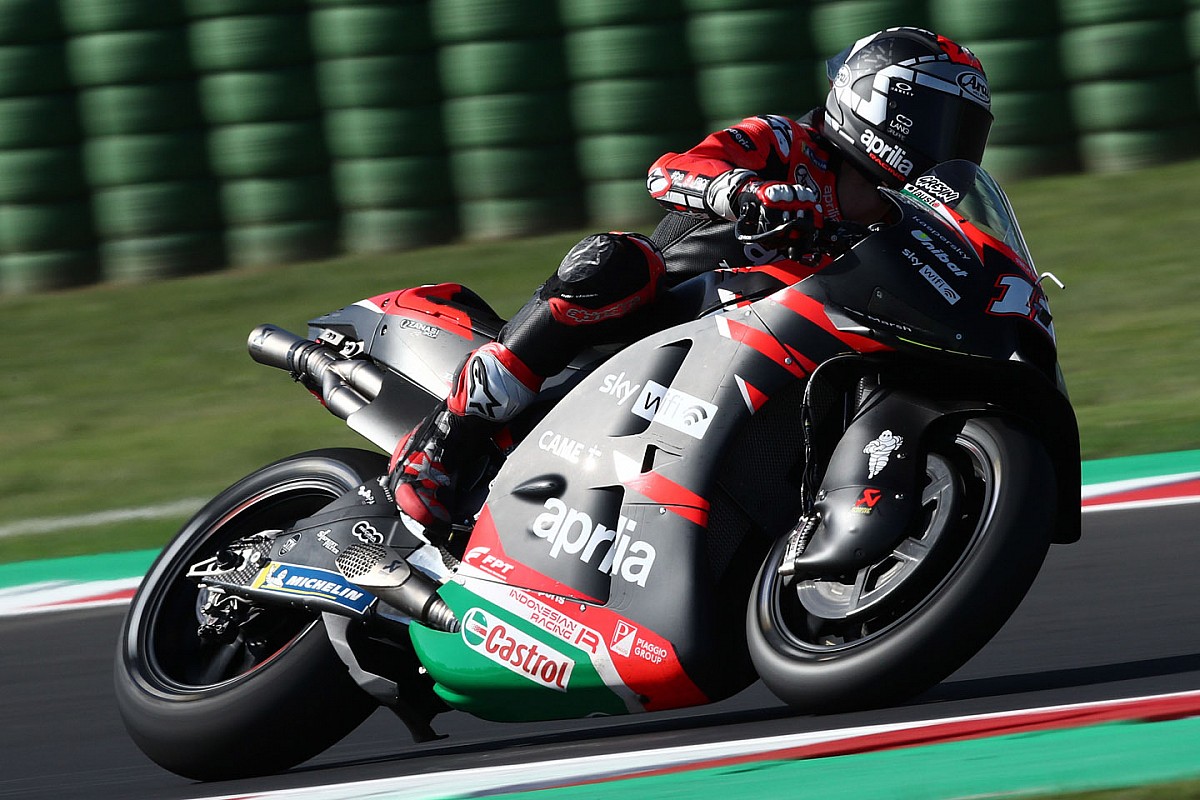 Maverick Vinales to miss US MotoGP round after family mourning

Spaniard’s cousin Dean Berta Vinales, 15, tragically died following a horror incident during the opening race of the Jerez round of the Supersport 300 World Championship – a category supply for World Superbike.

Not even a week after the crash, nine-time MotoGP race winner Vinales chose to skip round 15 of the 2021 season this weekend in Texas.

Aprilia says she is offering her “wholehearted support” to Vinales’ decision not to race.

A brief statement from the team read: “Maverick Vinales will not be on the grid for the GP of the Americas scheduled for this weekend at the circuit in Austin, TX.

“Less than a week has passed since the accident of Dean Berta Vinales, Maverick’s young cousin, which leaves no time to regain the necessary serenity for the race.

“Maverick, with the full and unconditional support of Aprilia Racing, has therefore decided to take a break from its journey to discover Noale’s bike and team.

“The whole Aprilia Racing family supports this decision and supports Maverick and those close to him.

“There will be other times and other laps to take back the promising path we started together. A journey that must be fully respectful of the people involved and their feelings.

At this point, it’s unclear when Vinales will return to action.

This weekend’s Americas Grand Prix would have been his third official outing with Aprilia, having joined the brand in Aragon after his abrupt departure from Yamaha in August.

He scored points at the San Marino GP in 13th and managed to qualify 10th, showing major signs of progress in adapting to the RS-GP.

Ahead of last Sunday’s WSBK action in Jerez, a minute of silence was observed on the grid for the entire paddock to pay tribute to the late Dean Berta Vinales.

Tragically, Vinales is the third teenager to die in 2021 during international motorcycle racing events, with Hugo Milan, 14, killed in an accident during a European Talent Cup race in Aragon in July. and a 19-year-old Moto3 World Championship rider. Jason Dupasquier died in May after a serious incident at Mugello.

Column: Motorcycle racing stages towards a safer future after its latest tragedy

Aprilia has not said whether it will field test driver Lorenzo Savadori in place of Vinales this weekend in America.